Essential Estate Planning Documents To Prepare For Death Or Incapacity

I.  Will:  A will is a revocable instrument that directs the disposition of a person’s property upon his death.  Anyone who is at least 18 years of age and of sound mind can make a will.  To be valid in Maryland, a will must be signed in the presence of two witnesses (also at least 18 years of age) who sign in the presence of the testator and each other.  Some objectives that may be achieved by preparing a will include:

A. disposing of property to beneficiaries outright or subject to certain restrictions;
B. naming a personal guardian for the decedent’s minor children;
C. establishing a trust or transfer under the Uniform Transfer to Minor’s Act and appointing trustees or custodians for property inherited by a minor;
D. designating a personal representative (also known as an executor) for the decedent’s estate; and
E. reducing estate taxes through the use of testamentary trusts.

A will does NOT dispose of property which is subject to other instruments that dictate what happens upon the death of the property owner.  Examples of such instruments include: property owned by joint tenants, payable-on-death accounts, transfer-on-death securities, retirement accounts and other retirement benefits (unless the estate is named as beneficiary), life insurance proceeds, or property placed into a living trust.

The provisions of a will may be changed throughout a person’s lifetime by preparing a new will or preparing a codicil that amends an existing will.  The new will or codicil must be executed with the same formal requirements as the original will, and the codicil must specifically reference the original will.  If a person dies without a will, or with property that is not covered by his will, such property passes according to Maryland’s intestate succession laws.  This is the state’s way of making a will for a person who dies without one.

II. Living Will:  A living will is a document which enables a person (the “Declarant”) to presently make decisions about life-sustaining procedures if, in the future, he is in a persistent vegetative state or his death from a terminal condition becomes imminent.  A Living Will may also be referred to as a Declaration, Medical Directive, Advance Health Care Directive, or Directive to Physicians.  A living will must be prepared by a competent adult and signed in the presence of two witnesses.  Before a living will can be used to guide medical decisions affecting the Declarant, two physicians must certify that the Declarant is unable to make medical decisions and that he is either in a persistent vegetative state or terminally ill.  The Supreme Court has recognized the right to control one’s medical treatment, including the right to die with dignity.  A medical professional is obligated to follow “clear and convincing evidence” of a patient’s wishes, even if those wishes conflict with the desires of relatives, hospital policies, or principles of those providing medical care. 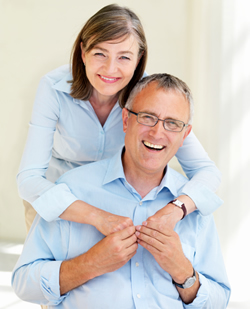